Self Defense and Fitness in One 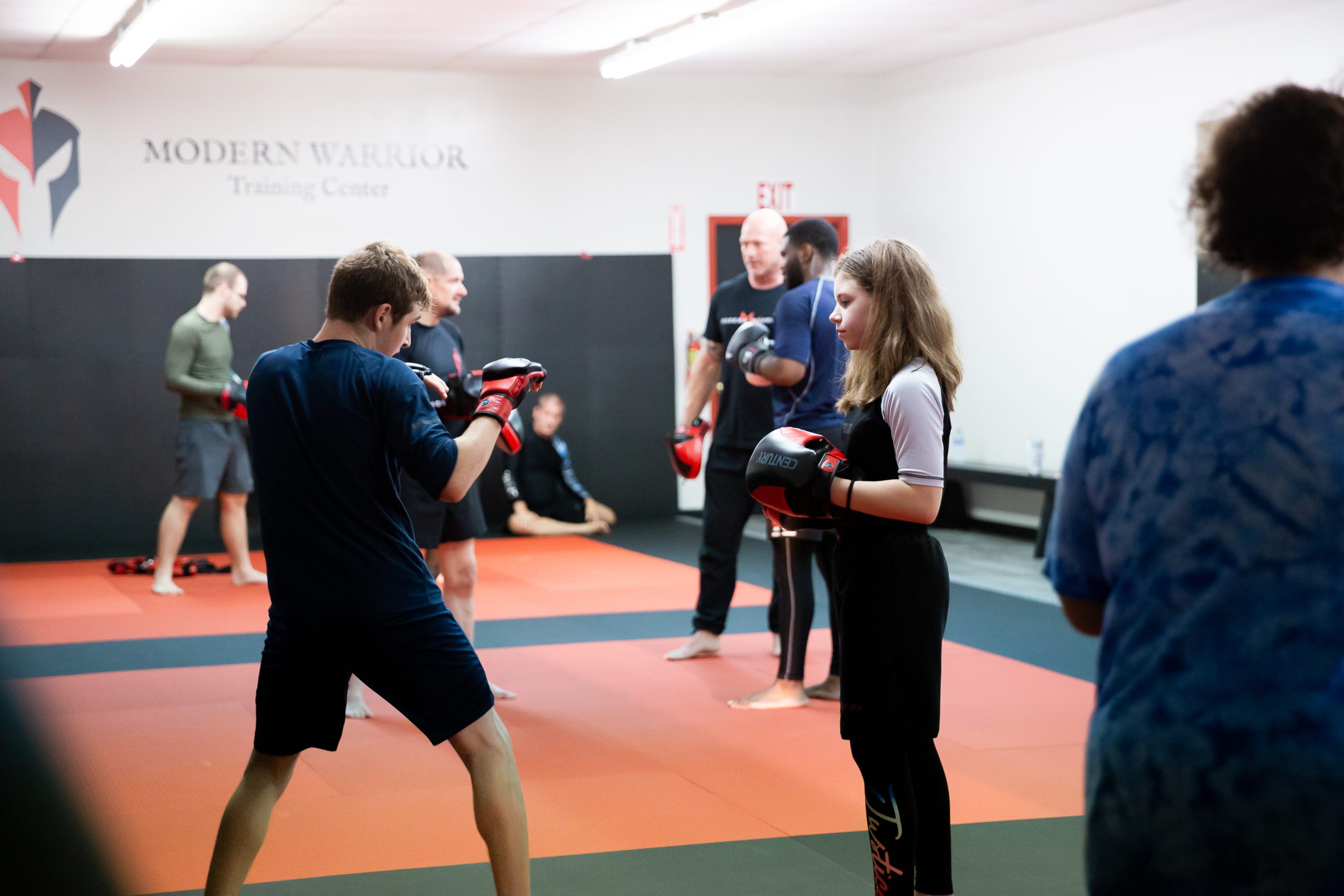 Modern Warrior Combatives Kickboxing offers classes that train the client from beginner to Warrior in the discipline of stand up fighting techniques and self defense. Our curriculum is a hybrid system that pulls from numerous styles into a program that trims the fat of what doesn’t work and trains the skills of what is effective in combat sports and real self defense situations. This excellent style of training provides you both with real self defense skills while allowing you an enjoyable outlet to Get Fit, and stay in Shape!

It is truly challenging in today’s hustle and bustle lifestyle to maintain a proper fitness program. It’s well documented that American’s struggle heavily with weight control, both in the adult population and the youth. In part we believe this is because working out to simply stay fit is hard for the vast majority of people. If you don’t actually enjoy lifting weights, or running on a treadmill you’ll likely find it hard to stick to any fitness program despite the best intentions. That is where Kickboxing really shines! It is growing in popularity as a fitness program for adults. It’s still kickboxing and nothings changed, except more and more people are realizing the amazing fitness benefits that come along with such training, and it’s FUN. Which as adults we often have too little of! That last little part makes all the difference in the world. When you actually ‘Love’ the workout it’s a lot less hard to stick to. In fact you actually look forward to your next class.

It’s the best of both Worlds. You get fit and gain self defense skills all while having fun with an amazing Modern Warrior Family!

We have student from all walks of life and all levels of skill. From the brand new never trained to Black Belts of various traditional styles, but they all have a common denominator. A drive to better themselves. Regardless of where you fit in the above population you’ll find a home with us at MWC. We are a family friendly welcoming gym focused on victory and a community effort to better ourselves. The benefits of Combat Sport training are numerous and once you start you’ll be hooked.

Come try us out for free and see for yourself. We’re so much more than a Martial Arts School, We’re a Community dedicated to personal and team growth!

Join With Your Friends And Get 25% Discount

*Off First Month -Can't Combine with other specials
Join Now

A Fit and Healthy You Is Closer than you think!

The last thing you want to do is look back and wish you did!

Having full range or better yet full mobility in our joints helps decrease the risk of injury. Improving your mobility teaches your joints how to bear load at vulnerable or extreme positions. Our Combat Sports and Jiu Jitsu programs can help you drastically in this area. The conditioning and training through our classes work your joints through a wide range of motions that many adults lack in our modern desk-bound society.

Flexibility is an important part of physical fitness and offers numerous positive effect on the body. It improves mobility, posture, muscle coordination, reduces the threat of injuries and muscle pain. It even results in a better general "shape". In fact it actually is a measure of fitness in the sports industry. Combat Sports greatly improves flexibility over time as many of the training aspects essentially equate to dynamic active stretching in a sense.

Strength training may boost your lifestyle and enhance your capability to do daily activities. Strength training can also secure your joints from injury. Structure muscle also can contribute to better balance and may minimize your risk of falls. One of the often overlooked areas of strength is the importance of stabilizer muscles. Combat Sport training incorporates muscle activation of many of those supportive muscles that you don't often utilize in everyday life. The benefits from this are huge and quickly realized.

Three very important factors in fitness and health are Mobility, Flexibility, and Strength. All of which tend to decline as you age (though many young are also lacking in the areas). Combat Sport Training hits on these three areas significantly in unique ways you don’t often find in many other hobbies or activities. 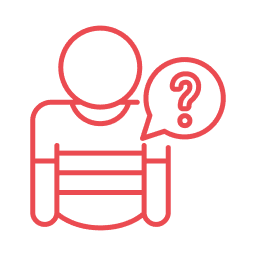 While we are warrior focused we have to list Health and Fitness as the First Benefit of training. The reality is your more apt to suffer from medical issues related to inactive lifestyle than a violent attack. Kickboxing can directly assist in preventing both! 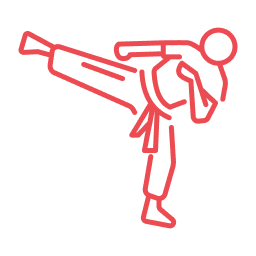 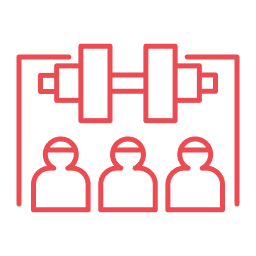 MWC is more than a gym. We're a close knit community that embraces the second family comradery among members. We guarantee you will feel welcome and at home with us.

Below are some of the more common questions about Jiu Jitsu

Not at all. If you have already trained in a different martial art that’s great but you do not need any previous martial arts experience. Regardless of whether you’re just starting out on your journey, or a seasoned warrior you'll find your place at MWC.

Are there any Women's Only Classes?

We occasionally offer special Workshops for Female Only Programs (both in Combatives Kickboxing and Kickboxing Cardio). These are one off programs that run for a set period of time at a set cost for that entire program. These typically run at 2 days a week for four to six weeks. If you're interested in a program like this specifically sign up for our email list so you ensure you're notified the next time we have one scheduled.

In Short NO! You're never too old to start Combatives Kickboxing as well as many other things in life. Rather than regretting you never 'did', get out and start now. Our training is meant to push you, but everyone trains within their own respective limitation. An argument could be made that the older you are the more you need such training from a mobility, flexibility, and self defense perspective as it assist us physically even more.

Can Kid's Take This Class

Depends on what we define as 'kid'. This class is geared towards teens and adults. We generally don't allow younger than 13 in this class (but there are some exceptions). For ages 7 thru 13 they should enroll in our Kids Combatives and Kickboxing Program.

What is your position on training at other gyms

In Short We Support it. We know there are gyms out there strongly against cross training in other gyms. For some it's because they fear conflicting training. For many others it's an ego and fear thing. Our position is that the more you know the more you grow. We offer excellent training and a great environment, but that doesn't mean you can't further expand your skills and knowledge other places as well. We'd love to be your primary training facility, but we're happy to have you regardless.

No we do not utilize the traditional belt system often associated with karate, however we do utilize a rank and promotion system. Assessment and evaluation is a critical factor in being able to mark your growth in any journey. Our system promotes by Levels. Starting at Level 1 and Progressing through Level 9. We do correlate those levels to a color code in line with traditional kickboxing for operational purposes as well as for those who wish to compete (eg. Level 1 correlates to White).

Do I Need To Be Strong or athletic for KickBoxing

Combatives Kickboxing is a great way to get there! Strength and Athleticism will benefit you in most sports, but like most sports it alone will do little for you. You will continually improve your fitness and conditioning by steady attendance in the programs and there is no pre-requisite of athleticism to start. We have all body types and levels of athletes in our gym.
It is a journey of personal growth that we invite you to take on and are certain you'll be surprised by the results with a little commitment and time.

What If I have an Injury I'm Dealing With?

Injuries and aging aren't fun, but they are part of life. Depending on the type of injury there is a likely chance you can train around it. Come by and talk to one of our instructors about your situation and we'll share the options available for you. As far as  once you're an active member, even if you have to sit out a few classes we still strongly encourage coming along to watch and learn from the training event that day as knowledge is still a large part of  combat sports and Jiu Jitsu alike.

Do I Need To Buy A Gi (Karate Uniform) or Gear?

We don't utilize Gis as often seen in traditional style. You will be required to wear a uniform though. Our uniform consist of a MWC T-Shirt or Rash guard or Sweat Shirt if you prefer, shorts or athletic pants. You will also need to purchase some fight gear, though we offer loaner equipment when you're starting out to allow plenty of time to acquire the little gear you need.

What Kind of Equipment Do I need?

We offer loaner gear to new students (or those that occasionally forger :)), but we do have a gear list for Kickboxing. You can bring your own or purchase from us at a discount.

What Will I Learn?

The primary focus of Modern Warrior Combatives Kickboxing is Self Defense and Fitness. We will teach you the fundamentals of self defense, as well as the modern evolution of the combat sport and application. You will learn and apply a wide variety of stand up fighting skills involving various styles of attach and defense.

What is your relationship with other gyms

We believe that we are part of a like-minded community and welcome relationships with other gyms both local and afar. We see  it as we have alot in common..there is no reason we can't share and grow from each other.

You'll Regret Not Going For IT

You Can Truly Improve Your Life

You don’t want to miss the chance to make a drastic change to your life for the better. Don’t put off to tomorrow what you can start today. Taking that first step and jumping in is all you have to do. Before you know it you’ll see the results and life changes that you desire!

Kickboxing is a combat sport focused on kicking and punching.

The combat takes place in a boxing ring, normally with boxing gloves, mouth guards, shorts, and bare feet to favor the use of kicks. Kickboxing is practiced for self-defense, general fitness, or for competition. Some styles of kickboxing include: Karate, Muay Thai, Japanese kickboxing, Sanda, and Savate.

Although since the dawn of humanity people have faced each other in hand-to-hand combat, the first documentation on the use of kicking and punching in sports combat is from ancient Greece and ancient India. But nevertheless, the term kickboxing originated in Japan, in the 1960s, and developed in the late 1950s from karate mixed with boxing, with Taekwondo, Muay Thai, and Savate also having some influence, with competitions held since then. American kickboxing originated in the 1970s and was brought to prominence in September 1974, when the Professional Karate Association (PKA) held the first World Championships. Historically, kickboxing can be considered a hybrid martial art formed from the combination of elements of various traditional styles. This approach became increasingly popular since the 1970s, and since the 1990s, kickboxing has contributed to the emergence of mixed martial arts via further hybridization with ground fighting techniques from Brazilian jiu-jitsu, and folk wrestling.